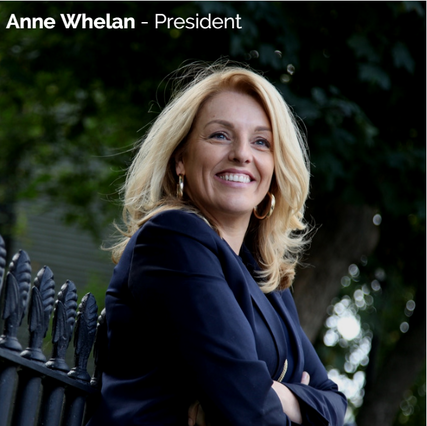 Anne is a visionary leader with more than 20 years of home care industry experience. Since taking the helm of CareGivers Inc. in 2007, the organization has attained substantial growth. Guided by the values of integrity, entrepreneurship, community, action, and fun, Anne leads her team to continually look for better ways to do business and enhance service delivery. She embraces new technologies and encourages continuous education
and professional development.

In addition to leading her group of companies, she currently chairs the board of directors of Newfoundland Power, a subsidiary of Fortis Inc. (TSX:FTS). She is also a director of BDC, Canada's business development bank, and of CSA Group, a Canadian standards organization with global operations in testing, inspection and certification. Anne contributes her time and talent to various other regional boards and community service initiatives.

Anne has received many accolades for entrepreneurship and leadership, most recently being named the Startup Canada Entrepreneur of the Year for an outstanding impact in Canadian entrepreneurship. She was awarded the P.J. Gardiner Entrepreneurship Award from Memorial University (2017), named one of Canada’s 100 Most Powerful Women (2016), Atlantic Business Magazine’s CEO of the Year (2014), NLOWE Entrepreneur of the Year (2013), and awarded the Canadian RBC Momentum Award (2010). In 2012, she was awarded a Queen’s Diamond Jubilee Medal for her contribution to home care. She holds a Master’s degree in Business Administration from Memorial University and has completed the Directors Education Program from Rotman School of Business.