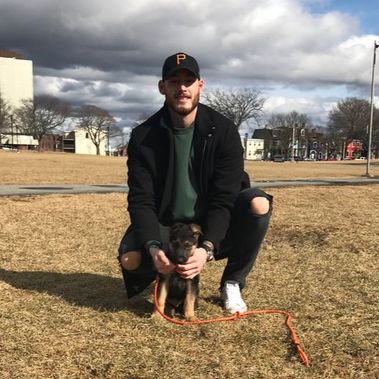 Dustin was born and raised in the small village of Waterville, located in Nova Scotia. He considers himself to be a very outgoing, positive, and adventurous person, especially in relation to doing anything athletic or outside in the wilderness.

It took Dustin a bit of time to find his niche in school, having started a Kinesiology Degree at Acadia University, and then switching and finishing a Business Degree from Acadia. However, even after this, Dustin did not feel like business was his passion and he went back to school at Mount Saint Vincent University where he completed a B.Sc. in Psychology.
​
Dustin brings a wide range of work experience. He began working as a rehabilitation worker during the summers while still in school, and soon sprouted an interest in mental health and working with vulnerable populations. When Dustin began to work as a Child and Youth Care Worker five years ago, he immediately felt that this field was where he wanted to make a career. One of his most treasured experiences as a Child and Youth Care Worker was working in a small community in Nunavut where he found a love of the north. Shortly after this, Dustin made the move to the north coast of Labrador to the beautiful community of Natuashish, where he now lives with his lovely partner and their equally adventurous and awesome dog, Tucker.